The CDC notes that as of 2014, 9.6% of adults in the state of California are diabetic. Nationwide, 28% of those who are diabetic are not aware that they are diabetic. The incidence of diabetes rises with age. 16% percent of those between the ages of 45-64 are diabetic and over the age of 64, 25.9% of the population is diabetic. 37% of U.S. Adults over the age of 20 had Prediabetes and 51% of those 65 and older has Prediabetes. The American Association of Clinical Endocrinologists recommends lifestyle modification including medically assisted weight loss as the first line of therapy that should be done for both Diabetes and Prediabetes. Most physicians are not experienced with medically assisted weight loss. However, at Inland Empire Weight Loss, this is our specialty. We are experienced in a variety of techniques to help you to achieve medically assisted weight loss.

The concern in diabetes is that the disease process starts well before the diagnosis of diabetes. In this slide from the American Association of Clinical Endocrinologists, you can see the natural progression of diabetes.

As you can see, as much as 10 (or more) years prior to the onset of diabetes, insulin levels are rising and insulin resistance rises as well. This tends to occur many years before the onset of hyperglycemia either from a fasting state or from postprandial glucose. As the blood sugar continues to climb, the glucose actually becomes toxic to the pancreas which causes glucose to rise further and faster. This tipping point is usually occurring right when the disease process acquires the label of diabetes. Looking at the lower area of this chart, you can also see that the microvascular complications such as diabetic kidney and retina disease as well as the macrovascular complications such as atherosclerosis leading to heart attack and stroke start well before the point where insulin resistance can be called diabetes.

The natural progression of the disease process tends to follow this path:

Insulin resistance is marked by elevated insulin levels, weight gain, and presence of small dense LDL particles leading to atherogenesis which leads to the onset of cardiovascular disease. Fasting blood sugars and average blood sugars are often normal at this point. Your doctor will probably tell you that your labs are normal.

Prediabetes is marked by slowly rising glucose levels following meals. Your doctor may order a test called a HbA1c which may be slightly elevated (between 5.7-6.4) and your fasting blood sugar will generally be in the upper 80’s to low 90’s which is usually called normal. Many doctors will often say that these labs are “normal”.

Metabolic Syndrome is really a constellation of findings marked by:

Early Diabetes is marked by a fasting glucose of 126 or greater or a hemoglobin A1c of 6.5 or above. At this point, younger patient will still retain much of their pancreatic function but older individuals will have a diminished pancreatic function. There has already been a significant amount of damage from atherosclerosis both to larger vessels (heart and brain) and small vessels (eyes and kidney).

Late Diabetes is marked by very high blood sugars both before and after a meal, increased lability in which blood sugar numbers will seem to be “all over the place”, very poor pancreatic function and increasing vascular pathology. Most of the symptoms that are often discussed with diabetes such as thirst, increased hunger, and heavy urination are not realized until this point.

As part of your assessment we can determine where you are in the continuum of insulin resistance. We have experience treating people from the early phases of insulin resistance all of the way to late uncontrolled diabetes. We have been successful in treating people with diabetes and getting them off of their medications or significantly improving their medication mix such as getting them off of insulin. If your doctor has told you that you will never be off of your diabetic medications or that you will always be on insulin, we do not find this to be true. We are often able to get people onto fewer diabetic medications, including those treated with insulin. 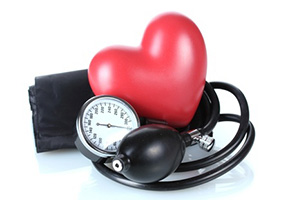 As part of your assessment of for hypertension, we will evaluate your current medication regimen, order appropriate laboratory exams, give you a treatment plan to help you lose weight and to change unhealthy behaviors and your medication regimen will be updated to give you the best chance to lose weight. Often, we find that some blood pressure medications will make it hard for you to lose weight or can encourage weight gain. We may be able to change your hypertensive regimen to help in your weight loss efforts.

We look forward to helping you to resolve your hypertension and will do our best to see that are medication free. 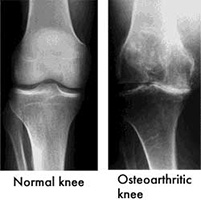 Osteoarthritis or simply arthritis of the weight bearing joints has been shown to be significantly increased in people suffering from obesity. It has also been shown that reductions in even modest amounts of weight (10 pounds) can significantly improve the symptoms and radiological changes associated with arthritis. Our experience in helping people to lose weight is consistent with these findings. We have even had patients who were prepared to have knee replacement surgery then realize after losing weight that they did not need to have surgery. If you are looking to improve the symptoms of your Osteoarthritis or to be free of chronic anti-inflammatory medications, then we look forward to helping you. 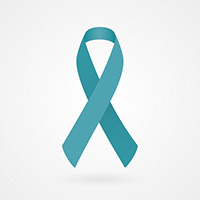 PCOS or Polycystic Ovarian Syndrome is actually a misnomer in that you do not need to have polycystic ovaries to have this diagnosis. PCOS in susceptible individuals is actually one of the earliest manifestations of insulin resistance. This can result in metabolic abnormalities that include an increase in insulin levels, an increase in testosterone levels that results in menstrual abnormalities and infertility in young women who are often not even categorized as obese by their physicians. We will often find that weight loss through changes in diet and activity levels along with appropriate medications to improve insulin sensitivity can result in an increased rate of fertility and normalization of the menstrual cycle. For further information on PCOS, please click here to learn more about PCOS from the Androgen Excess and PCOS Society. 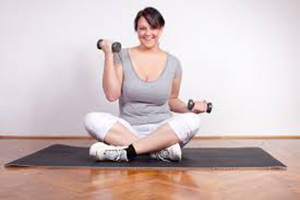 There are a variety of Obesity Medicine related concerns in the pre and the post operative time periods when considering bariatric surgery. Many organizations and insurance companies will recommend that you try a medically assisted weight loss program prior to your surgery as a necessary criteria for surgical qualification. Some organizations/insurance companies will place a time frame on this which is most commonly 6 months. If your weight and health problems are not able to be resolved through a medically assisted weight loss program such as ours, then we will facilitate your referral to a bariatric surgeon. We can at that time discuss with you the pros and cons of your bariatric surgical choices as well as what you should expect after surgery.

In the immediate post operative time period, your surgeon will provide you care. However, after this care ends, we find that patients will often not adhere to their post operative recommendations, not remember being given instructions on diet and exercise, or will find that their primary care doctors are not comfortable with post bariatric surgical care. There are many places where you can find guidelines on post operative care. The American Society for Metabolic and Bariatric Surgery provides a nice summary of what to expect. We can help you through these concerns.

Additionally, we often find that patients who struggle with weight loss after their surgery, will have unaddressed needs. These needs can be nutritional such as micronutrient and protein deficiencies or psychiatric such as depression, bipolar spectrum, and substance dependencies being the most common. We are experienced with each of these issues and we can help. If you want to get the most out of your bariatric surgical experience, we look forward to working with you so that you can have great results and you can maintain those results for years to come. 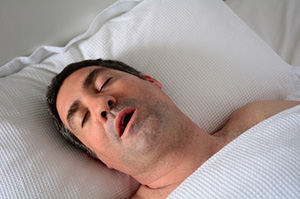 Obstructive Sleep Apnea is the most common sleep related breathing disorder. In males, studies have shown a prevalence of 20-30% of the adult population and 10-15% in adult women. In people with a body mass index of greater than 30 (classically defined obesity), one study showed an incidence of 63% of OSA in this group.

Consequences of OSA include:

The first line of therapy for OSA is weight loss. We will see significant improvement in Obstructive Sleep Apnea, snoring and sleep performance with weight loss. Most of our OSA patients who lose weight find that they will be able to use lower CPAP pressures, may be weaned off of the device, and/or have improved daytime performance. 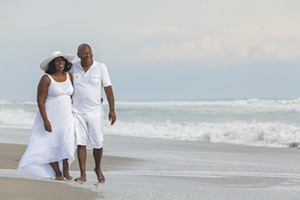 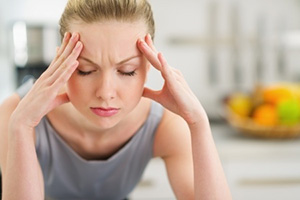 Migraine Headaches are commonly found in women and occasionally in men in our Obesity Medicine population. Several treatments for migraines have also been shown to help in weight loss. In the majority of our migraineurs who lose weight, we will see a significant lessening of symptoms both in frequency and in intensity. Many of our successful migraineurs who lose weight will have a remission of their migraines when they reach a certain weight. We look forward to helping you with this often challenging issue 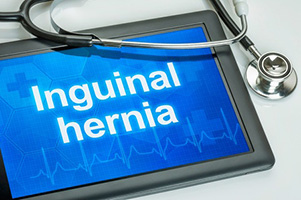 Hernias come in a variety of forms. The most common forms that we see here is the Ventral Hernia and the Inguinal Hernia. Ventral Hernia is commonly caused by excessive abdominal obesity that leads to thinning of the abdominal wall musculature. Typically an insult such as surgery or heavy lifting will exacerbate this. Surgical treatment is difficult for this and long term success of the surgery is made more difficult by Obesity. We often receive requests from Surgeons for the Obese individual to lose weight preoperatively in order to improve the long term success of the surgery. Recurrent Inguinal Hernias that are exacerbated by Obesity can also show improved long term success on subsequent operations with weight loss. We look forward to helping you with this often difficult problem. 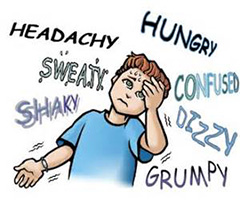 Hypoglycemia or low blood sugar is a common complaint in an Obese population but one that often stymies their Primary Care Doctor in Management. We find that this is typically caused by a poor diet. Once we have corrected your diet, you will find that this problem will largely resolve. 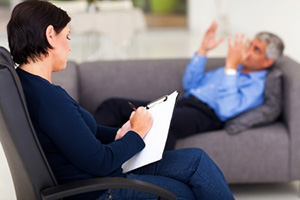 These are numerous and are common reasons for weight gain, failure to lose weight, and weight gain following plateau in post bariatric surgery patients. Additionally, it has been noted that there is a slight increase in attempted and completed suicides in bariatric surgery patients. It is felt that this is due to poorly identified and treated psychiatric conditions and removal of the individual’s chosen treatment option for their psychiatric problem: refined carbohydrates. A brief summary of the common Obesity Related Psychiatric Disorders are listed here. Each of these disorders is regularly seen and treated in our clinic and tends to respond very well to medical therapy.